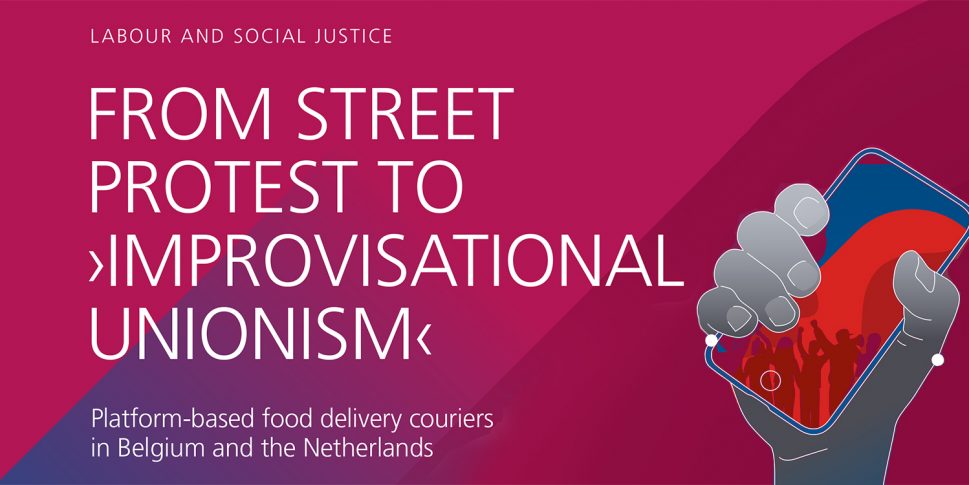 From Street Protest to “Improvisational Unionism”. Platform-based food delivery couriers in Belgium and the Netherlands.

Online digital communities and offline self-organizing in activist groups characterize the associational power of platform-based food delivery couriers in Belgium and the Netherlands.

Couriers mobilized and protested in winter 2017–2018 against Deliveroo’s unilateral decision to assign them contractor status, receiving the support of mainstream trade unions, which helped compensate for their weak institutional power.

Especially the discursive power generated by the couriers has been instrumental in raising awareness in unions about the platform economy, while new mobilising and organizing tactics have in turn led to certain union innovations.

This article is available also in French and Spanish.